Driving under the influence of alcohol is a serious crime in the United States, punishable by prison sentences and hefty fines, as well as a range of lesser punishments depending on the circumstances of the arrest. Furthermore, the consequences of a drunk driving conviction often extend far beyond the criminal penalties themselves, frequently causing individuals who have been 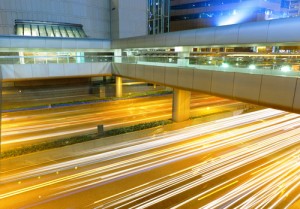 convicted of this crime to encounter difficulties in pursuing work, housing, or loan financing. For these reasons, avoiding a DUI conviction is often critical for an individual’s long term well-being. Understanding how a DUI defense attorney can help those in this unfortunate position avoid conviction can help to improve an individual’s ability to respond to this situation.

When a person is initially stopped for driving while intoxicated, it is typically on the basis of a law enforcement official’s conclusion that there was probable cause to assume that the individual was engaged in committing an unlawful act. This can include almost any minor traffic offense, such as speeding, failing to signal when turning, and driving without a seatbelt, as well as an assumption of intoxicated driving. In order for the initial stop to be legitimate, the officer must be able to demonstrate that the assumption of probable cause was well-founded, usually by citing some driving behavior which prompted the stop. In the absence of this type of evidence, a drunk driving arrest may be considered unlawful.

The most important tool for law enforcement officials in proving that an individual was driving drunk is the use of chemical tests to determine intoxication. These tests, which include breathalyzer analysis and blood tests, are a highly objective measure of alcohol intoxication, and their results can be difficult to dispute in court. However, there are several strategies that can be used to help contest the results of a chemical test, including demonstrating that analysis devices have had calibration issues in the past or arguing that the test did not properly measure actual BAC levels because of extenuating factors.

In addition to the criminal penalties that those accused of DUI may face, their may also be civil suits lodged against those in this position if they were involved in an accident with another vehicle. Frequently, car accident lawyers who are aware of a driver’s potential conviction for DUI can help their clients to receive generous rewards in civil lawsuits by exploiting a jury’s animosity towards drunk drivers. For those who have been involved in an accident in addition to being accused of driving drunk, therefore, it is particularly critical that conviction be avoided at all means.