For public defenders, assault is one of the most common criminal charges with which clients may be charged. Legally speaking, assault has a much broader definition than the general public might expect: in order for someone to have committed an act of assault, it is not necessary for them to have engaged in any actual physical contact with their alleged victim. Instead, it is only necessary for law enforcement officials to be able to show that the individual committed an intentional act which created a reasonable fear of harm or unwanted contact in another person. If contact does, in fact, occur, the crime is often upgraded to assault and battery, though this may vary based on jurisdiction.

The penalties for assault crimes can vary significantly. If the intended harm suggested by the individual’s act went beyond the ordinary to suggest potentially serious bodily injury, the assault charge may be upgraded to aggravated assault, which often requires significant prison sentences and fines. Conversely, if the accusation of assault involved only a minor incident, the criminal penalties faced by the defendant may be correspondingly minor, potentially involving little more than community service and court costs.

In addition to the criminal penalties that an individual accused of assault may face, there is also the potential that they may be the subject of a civil lawsuit for the damages their actions are alleged to have caused. Assault, under the American legal system, is both a criminal action and a tort, meaning that those who are accused of committing assault can be subject to civil and criminal penalties. Many personal injury attorneys, understanding the potential for a positive judgment, will advise assault victims to pursue a lawsuit for this reason.

While the exact nature of the potential consequences that a person accused of committing assault can vary significantly, depending on a variety of different circumstances such as the details of the crime itself and the individual’s prior criminal history, avoiding conviction for this type of charge is 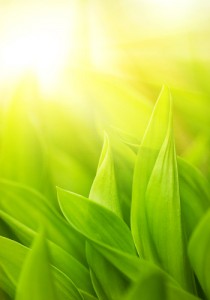 the best outcome in most situations. An experienced criminal defense lawyer can help to mitigate the extent of the potential penalties, but even a conviction on reduced charges can have profound effects on the accused individual’s life, in the short and long term. Therefore, avoiding conviction altogether is the primary goal of most criminal defenders.

There are four main strategies that may be pursued in the goal of avoiding conviction for accusations of assault.  The first is simply a denial of the allegations: a lack of evidence, or evidence in favor of the defendant, can lead a jury to conclude that the alleged assault never occurred, resulting in a termination of criminal proceedings. However, if this is not possible, three main strategies can be effective in demonstrating that the individual did not break the law by committing assault. These can be defined as consent (in which case the “victim” consented to activity which they were aware might lead to their own injury), privilege (in which case the accused had some legal standing to commit an act which, in other circumstances, might constitute assault), and defense (in which case the act of assault was necessary to protect the accused individual or others).