When a person is accused of murder or manslaughter, they face life-changing criminal penalties for the act of which they are accused. Even in the most beneficial of circumstances, a conviction for this type of crime carries heavy consequences that will dramatically impact the rest of that individual’s life in almost every area, from employment to personal relationships. As a result, those who are accused of murder or manslaughter necessarily must be able to do whatever they possibly can to avoid conviction for this type of crime.

The defense strategy for an individual accused of this type of crime will vary significantly, largely 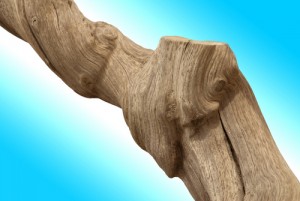 dependent on the specific facts of the case at hand, as well as several other relevant but tangential factors. However, in general terms, there are a range of strategies that a defense attorney may take in crafting a legal argument for his or her client’s innocence. The following is a brief examination of some of the most common of these strategies.

If the client is truly innocent of the act, their attorney has several options in shaping their defense. If the defendant has a reliable, verifiable alibi, this may be the crux of the defense. These types of defenses are typically rare, however, as a good alibi is often enough to prevent a case from going to trial in the first place. Therefore, this type of defense is often combined with a case built on discrediting or otherwise downplaying the validity of evidence marshaled by the prosecution. This is because criminal convictions in the United States must only be made in cases in which the evidence provided beyond a reasonable doubt that the defendant was guilty of the crime.

Interestingly, this standard differs from the standard required in civil cases. For this reason, those who are exonerated on murder or manslaughter charges in a criminal case may nevertheless still face legal action from the survivors of the deceased in the form of a wrongful death lawsuit. Many wrongful death lawyers understand how to build a convincing case that satisfies the preponderance of evidence requirement for civil cases, a standard which is much lower than the reasonable doubt requirement.

In cases in which the fact that the defendant’s actions resulted in the death of someone else is beyond dispute, there still remain several legal strategies for defending against a conviction for murder, manslaughter, or related charges. The most common of these strategies is the claim of self-defense. If the defendant can plausibly claim that his or her actions were necessary in order to defend themselves or others, it may be enough to result in a not guilty verdict, as self-defense is legally protected in many states, though the precise language governing self-defense statutes is critical to determining whether or not the particular case conforms to the law. Additionally, the defendant may claim insanity or the influence of intoxicating agents such as drugs or alcohol as causal factors in the crime, which in rare circumstances may be enough to render a not guilty verdict or a reduced judgment.